MADE WITH HOMEGROWN CASHMERE

These are very special vintage 100% Cashmere heirloom woven scarves, crafted with hand combed Scottish Cashmere which has been grown and processed in Scotland made in limited quantities in the late 1990s.

These scarves were made in the late 1990s by the Scottish Cashmere Producers Association (SCPA), a cooperative of 100 farmers based in Scotland, who grew commercial grade Cashmere fibre from their herds of high welfare Cashmere goats and supplied one of the top Scottish Cashmere mills, Johnston’s of Elgin, who converted the fibre to the finest knitwear.

This groundbreaking initiative which started in 1984 and ran for 10 years was an attempt to produce Scottish Cashmere, grown and processed here in Scotland. The project also involved an academic research partner, Macaulay Land Use Research Institute (MLURI) who were responsible for fibre testing and genetic selection. The project produced approximately 500kg raw cashmere per year.

In the late 19th Century, Scotland was the epicentre for Cashmere production, in particular in the Scottish Borders, which had over 250 woollen mills. Back then, the raw Cashmere fibre was imported from Asia and continues that way today.  Scotland is still at the forefront of Cashmere production, with its strong background in textile expertise, technology and innovation.

The Scottish Cashmere Producers  project was a valiant attempt to produce world class homegrown Scottish Cashmere garments. All the Cashmere fibre collected was ethically hand combed, at a time of year when goats naturally shed their Cashmere undercoats. The project wound up in the early 2000s for numerous reasons, however it left a legacy which we explore further today through collaborations with many of the now retired growers and academics.

As far we know, this is the last batch of scarves from this pioneering project, sourced direct from one of the original growers, now retired.

Made of 100% homegrown, commercial grade Scottish Cashmere, incredibly light and silky soft. Expertly spun, processed and woven by Johnston’s of Elgin in Scotland in the late 1990s.

Read more about our homegrown Scottish Cashmere project in The Sunday Post, The Times and The Courier: 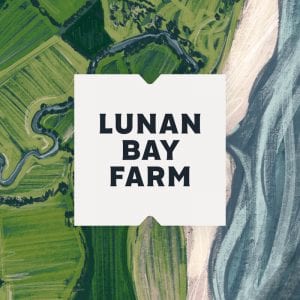